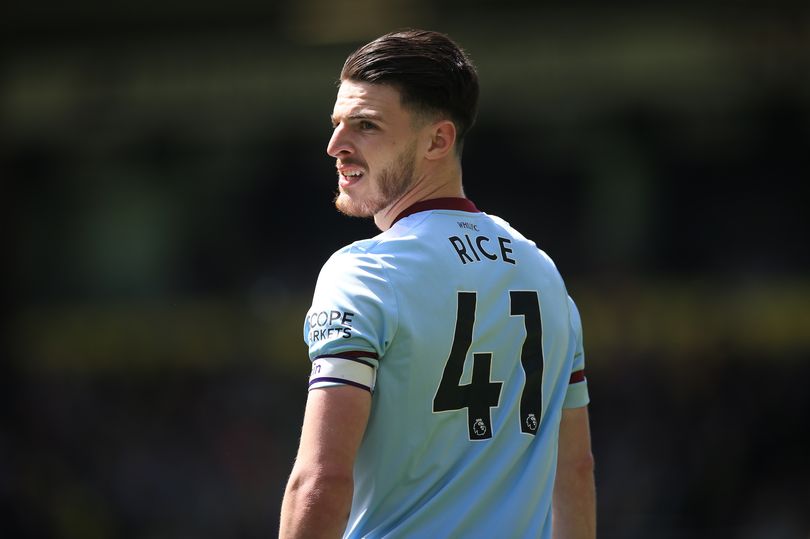 Anton Ferdinand disclosed that he won’t be going to Manchester United if he was Rice before adding that he would wait for a few years to see what new manager Eric Ten Hag does at the club.

Manchester United have turned to Dutchman Eric Ten Hag to turn their fortunes around on the back of his impressive spell as the Ajax Amsterdam manager. He won several league titles as the Ajax Amsterdam boss in addition to leading the club to the Champions League semifinals. The Red Devils have struggled to live up to their status as one of the biggest teams in European football since legendary manager Sir Alex Ferguson left the dugout after 27 years. While he was the Manchester United manager, Sir Alex Ferguson won a lot of trophies at the club including two Champions League titles and eleven (11) Premier League titles.

Jose Mourinho won three trophies as the Manchester United manager before being sacked in 2018 and he’s the only manager to win a trophy at Old Trafford since the end of the Sir Alex Ferguson era at the club. Apart from Mourinho, the likes of Ole Gunnar Solskjaer, David Moyes, Louis Van Gaal and Ralf Rangnick have tried and failed to return Manchester United to the glory days.

Manchester United are not the only English team interested in signing Rice. Apart from the Red Devils, the England international has also been linked with Chelsea and Manchester City. Recently, West Ham United offered him a long-term contract worth £200,000 on a weekly basis and it was rejected by the player.