The FA Cup hero from Lincoln City, Theo Robinson has recently launched a show on YouTube fronted by him. He had a brief yet memorable spell with the Imps during the season 2016-17 that every football fan remembers till now. He joined the Imps as a free agent, but later on, hit 7 goals during the run for the City to reach the quarter-final of the FA Cup. Robinson left for League One Southend soon after the Imps won the fourth round to Brighton. 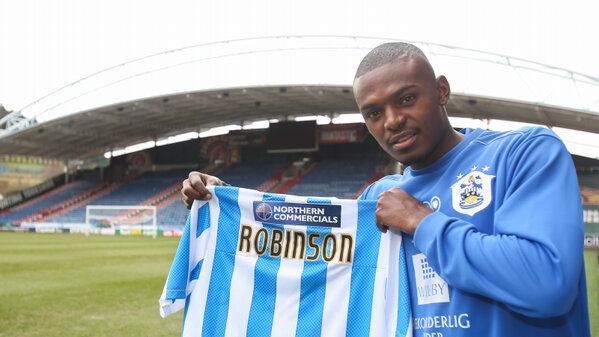 Queens Park Rangers defender and former West Ham United player, Anton Ferdinand has attended Robinson’s show already as a guest while some interviews with James Maddison and Tyroe Mings, the current duo from Premier League are lined up currently that will happen and will be up on the channel soon. Robinson has collaborated with Frank Nouble, his colleague, to put up the new show which has been named The Ball Don’t Lie. It’s a conversation-oriented show where the pair is seen to chat with some of their football mates from different games and also other renowned figures of the sport.

Nouble and Robinson became friends when they both played for Southend. They also have further plans to take interviews of not just the players, but also of a variety of football personalities. When asked about this new idea, Robinson said they have got lined up a lot of players for the interview who come from non-league games as well as Premier League.

They are also planning for interview sessions with managers, ex-players, members of the staff, and agents. Everything has been placed well so they can think of a different insight for the YouTube show. Robinson and Noble also plan to turn the show into a podcast. A lot of episodes have been already recorded before the restrictions for coronavirus were imposed. So the duo is trying to put up those on the channel.