Anton Ferdinand has announced that he will be leaving St Mirren at the end of the season. He said that he has felt welcomed and loved by the fans and he wants to thank them for that. 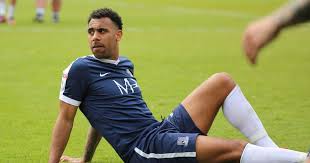 The former Sunderland defender spent most of the recent games on the bench as his team finally managed to escape relegation. He said that it was a great moment of his career to play for St Mirren and that he is happy that he has helped them avoid relegation.

He believes that the young players will benefit from the suggestions as well as the help that he has given them. He said that there are some really good players at St Mirren and that it is important that they believe in themselves.

He said that fans should be proud of their team as the club has a nice project and that he is sure that St Mirren will progress next season. He said that with the right additions St Mirren can finish higher up the table and even challenge for trophies in the future.

Anton Ferdinand said that it has been a difficult season personally for him as he has been regularly injured. He said that he would have loved to help the team on the pitch but unfortunately for him, he was hindered by injuries.

At the moment he wants to spend some time relaxing with his family and doing everything he could not do during the season.