Manchester United are reportedly looking to sign Atalanta forward Duvan Zapata in January according to reports from England. The Colombian international has developed into one of the top strikers in the Italian league since making the move last season. 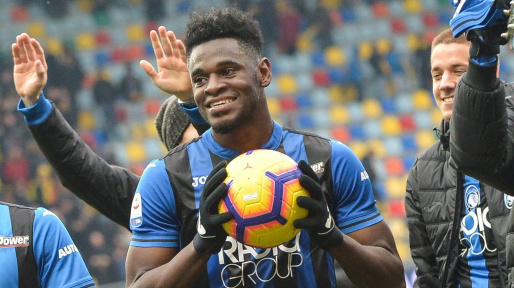 It is understood that Zapata is seen as a player that can add pace, strength, and goals to the attack which has been ineffective this season. Atalanta qualified for a historic Champions League last season after finishing third in the league last season.

The Italian club have begun this season in similar shape with Zapata a key figure in this run netting six times already. It is understood that a transfer of around £40 million has been placed on the 27-year-old forward.

Reports say that United have met with his representatives with the player interested in making the move to Old Trafford. Zapata is a better all-round forward than Rashford as he can play with his back to goal.

He is also quick on the ball and able to lead counter attacks with his pace. His greatest attributes are his aerial prowess and ability to find the net on a regular basis. However, it should be noted that he failed to make the grade at another big club in Italy Napoli.

It remains to be seen whether he will be able to play his best football in the spotlight of the EPL if he makes the move to Old Trafford.

Promise died at the age of 31 from an unknown cause with USA side Austin Bold the Nigerian shared room with Anton during his time at Antalyaspor.  Promise was a prominent player for the club and was also a member of the Nigerian national team.