Anton Ferdinand believes that England can have a great World Cup in Russia but he does not believe that they will be able to win the tournament. He said that although the team has some great players they lack the experience and leadership to win such a tournament. The former West Ham academy player said END_OF_DOCUMENT_TOKEN_TO_BE_REPLACED

Former Tottenham Hotspur executive Darren Eales has been named the MLS Executive of the year. The executive was impressive in the debut season of Atlanta United in the Major League Soccer (MLS). The Essex-born executive was educated in the States on a football scholarship back in 1991. Eales saw the game grow first-hand and when END_OF_DOCUMENT_TOKEN_TO_BE_REPLACED

During the FA Cup clash between Liverpool and Everton FC, we learnt many things. We saw how the Merseyside derby can be when both sides are desperate for something. Everton have not won any major title in many years; they rarely come very close. It was an opportunity to shove their neighbours aside and get END_OF_DOCUMENT_TOKEN_TO_BE_REPLACED

Southend United boss Phil Brown is hoping that Anton Ferdinand will make full use of his forced break in order to come back better. Indeed the defender has been banned for two games following a red card that he has picked up in the game against Doncaster Rovers.     Phil Brown said that Anton END_OF_DOCUMENT_TOKEN_TO_BE_REPLACED

Anton Ferdinand admits that he wouldn’t actually have preferred to be competing in the third tier of English Football at this stage of his career, but now that he finds himself there, he isn’t complaining about it either and is just looking to enjoy himself as much as possible and contribute to the success of END_OF_DOCUMENT_TOKEN_TO_BE_REPLACED

Chelsea defender David Luiz has asked that the senior players at Stamford Bridge step up their performance following the departure of long term skipper John Terry. The veteran defender exited his career-long club for more game time at Championship side Aston Villa this summer. Terry was the captain of the Blues’ side for over a END_OF_DOCUMENT_TOKEN_TO_BE_REPLACED

Former West Ham United defender Anton Ferdinand claims that some of the best days of his life were at Upton Park. Southend United’s victory against Walsall was particularly special for Ferdinand

Southend United’s latest league victory saw them claiming a 3-2 triumph over Walsall in a thrilling match that was played on March 18 of the ongoing year.

Walsall got the early lead as Franck Moussa scored 2 goals in the 1st half but Southend United responded by scoring 3 times during the final 40 minutes of the match.
0 Comments

English Championship side Newcastle United would lose their player Jonjo Shelvey for five games after he was banned for racial abuse. 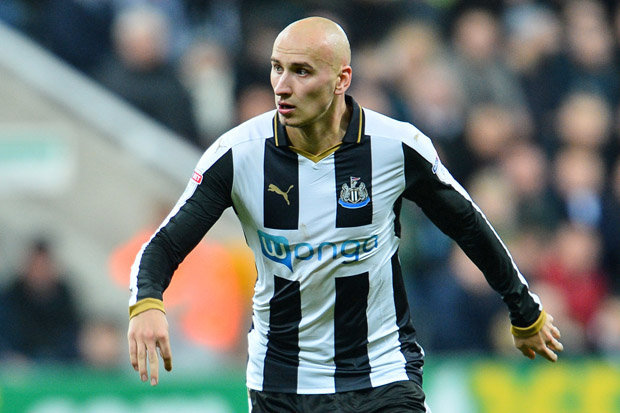 Shelvey would also pay £100,000 after the FA found him guilty of misconduct.
0 Comments

Former Senegal international El-Hadji Diouf in one player who will not be sending his farewell message even after Steven Gerrard announced his retirement from football.

The African previously blamed the failure of French striker Mario Balotelli on the former Reds star. As the Ex-Three Lions player announced his retirement after being released by LA Galaxy, Diouf slammed the player again.
0 Comments